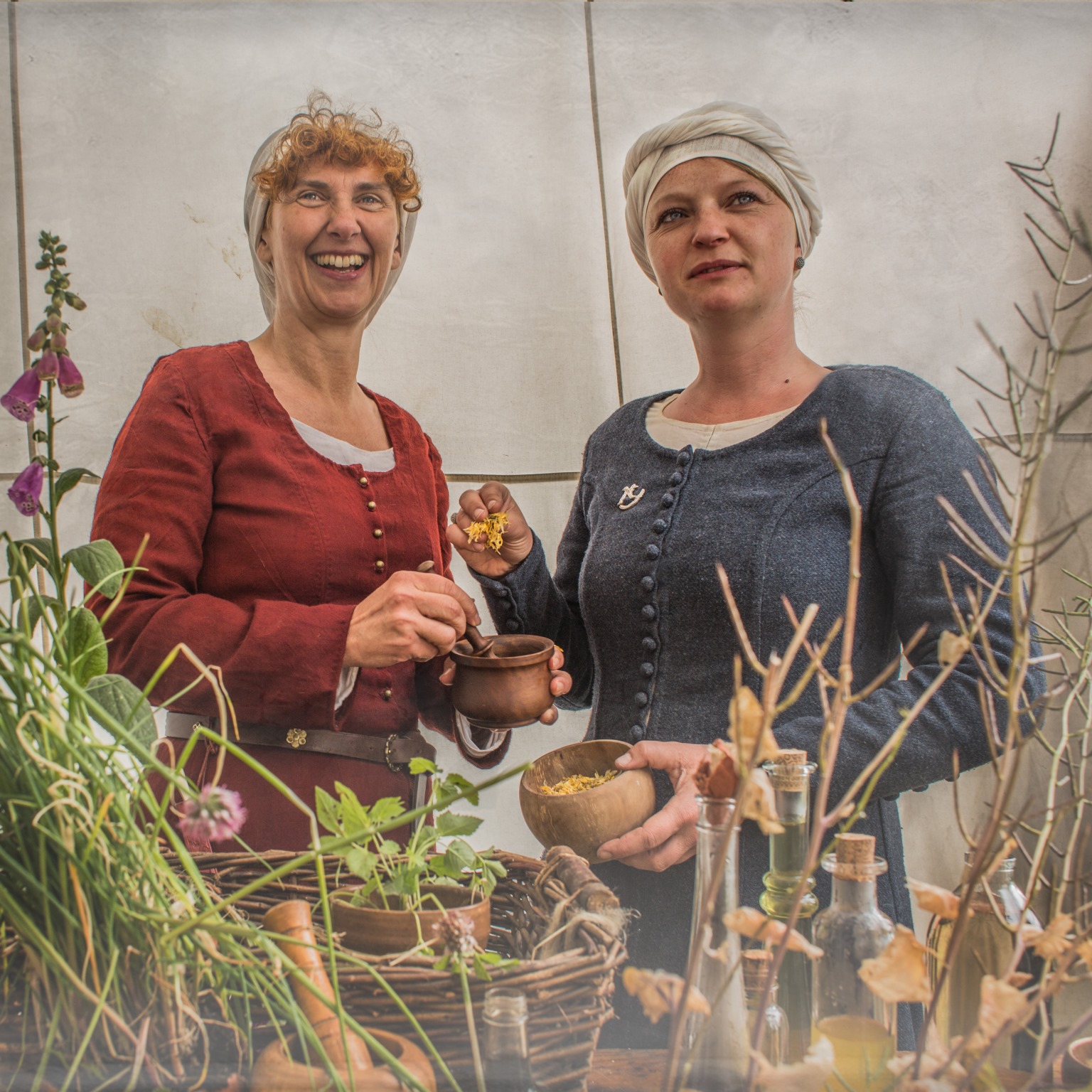 A little about what has caught me at the moment and that might be of relevance for those interested in medieval and reenactment.

All the Best Tine (historian at Esrum)

I’ve been looking through pictures from previous years’ markets and fell across some participants with clearly visible piercings and tattoos and quite strong makeup. My first reaction was Ohhh…thats no good, but am I just a conservative ass who expect that it is no good or what… So it is something I must have a closer look at.

At first look Tattoos and Piercings (large holes in the ears, nose piercings etc. ) is not very medieval, but they came in other forms.

Earrings are worn by both men and women (but is most widespread at the end of the High Middle Ages).

Tattoos are also used during the Middle Ages, but was not common as today.

About tattoos: The relationship between tattooing and Christian Church has been an uneasy one. The Old Testament expressly prohibited the practice, a sentiment echoed by Saint Basil the Great in the 4th century AD:

“No man shall let his hair grow long or tattoo himself as do the heathen, those apostles of Satan who make themselves despicable by indulging in lewd and lascivious thoughts. Do not associate with those who mark themselves with thorns and needles so that their blood flows to the earth.”

However, early Christians were often tattooed on the face as a punishment by the Roman authorities and after the rise of Christianity, followers sometimes tattooed themselves voluntarily to mirror the wounds of Christ on his hands and feet (or ‘stigmata’, which was also the Roman word for ‘tattoo’). An edict issued by the Council of Northumberland several centuries later in AD 787 distinguished between acceptable Christian tattoos and ‘profane’ tattoos worn by pagan Britons. According to the Church Fathers:

“When an individual undergoes the ordeal of tattooing for the sake of God, he is greatly praised. But one who submits himself to be tattooed for superstitious reasons in the manner of the heathens will derive no benefit there from.”

By the Middle Ages, mentions of tattooing become more frequent in the Christian record. Some devout friars and clerics wore tattoos to demonstrate their faith and there were stories of tattoos appearing on the body miraculously, as in the case of the exorcism of a German girl in 1501. Most notably in the medieval period, pilgrims and crusaders to the Holy Land had crosses tattooed on their arms and hands as souvenirs and evidence of their travels.

The use of makeup can be date back to the Egyptians.  Makeup were also known and used in the Middel Ages, but not quite as we do today.